Here on Whidbey Island we are better known for our stately evergreen firs and cedars rather than for deciduous trees, but as the population has grown, plantings of maples and other pretty leafy trees have increased.  Frequently these trees quietly slip into winter, their leaves turning to muted browns which hang but briefly, and then are torn and tossed by October and November winds.  But, this year a cool summer and lingering Indian summer, with warm days and crisp nights have worked wonders and coaxed spectacular color!
The Japanese maple below is in my friend Andrea’s yard.  She has been keeping a photo essay of its color story and in this photo the color is at its peak.  Andrea sent this from her iPhone.  Quite the gadget. 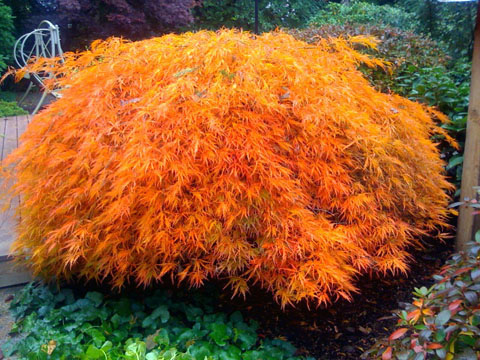 The photo below I took from our back deck.  It was actually pouring, but the sun, hanging low in the sky, had just broken through the clouds and the a beautiful golden light illuminated the autumn foliage.  The leaves looked as if they were glowing from within. 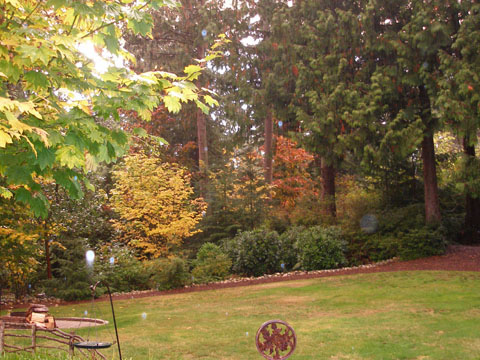 It has been a glorious season.

« Fragrant distraction
It has begun! »